On December 8th, Pulitzer Prize-winning journalist, Seymour Hersh, accused the Obama administration of lying about the now famous August 21st chemical weapons attack, which was used as the pretext for an American Military intervention in the ongoing Syrian Conflict.

The piece, which can be found below, confirms what we at Operation Antioch have said since the launch of our Campaign. That this outrageous attack against Humanity was orchestrated by Radical Islamists , the same Islamists that are waging Genocide against the indigenous ethnic Greek, Armenian, and Assyrian populations of Syria.

As Greek American groups, such as AHEPA, remain silent, this policy of extermination worsens. As witnessed by the most recent assault of the city of Maaloula, in which 12 Greek Orthodox nuns were kidnapped by rebel forces (http://www.timesofisrael.com/seizure-of-nuns-stokes-syrian-christian-fears/).

In response to this outrage, which was made possible by Turkey’s continued support of extremist groups operating in Syria, and coupled by the recent threats to turn Hagia Sophia into a Mosque, the indigenous “Arabized” Antiochian Greek population of Lebanon has decided to hold a sit-in protest outside of the Turkish Embassy this Sunday, December 15th.

We, the Daimones of Collective Hellenism, call on all Greek-Americans to question our Lobby’s silence of the ongoing Antiochian Greek Genocide, and organize similar protests in solidarity with our Antiochian Greek brothers and sisters.

Below is the contact info for our many community organizations, which claim to represent our interests. Please email or call them and ask if they will stand in solidarity with our beleaguered brethren?

Stay up-to-date with Operation Antioch at by visiting our Facebook page at http://www.facebook.com/operationantioch

For more information on what is happening to the ethnic Greeks of Syria and what you can do,
Visit our blog at http://operationantioch.blogspot.com

Learn more about the organizers of Operation Antioch
http://daimonesofhellenism.blogspot.com 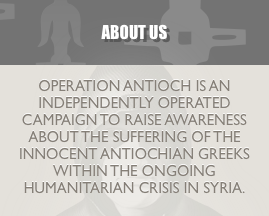 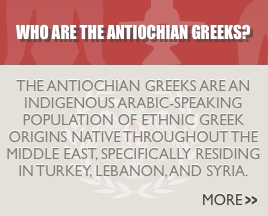 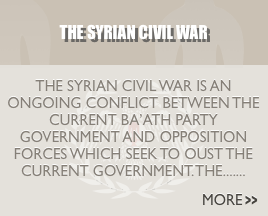 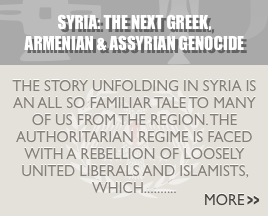